You are here: Home / Media / Articles / He Is Our Peace

One of the prophetic titles given to the coming Christ was “Prince of Peace” (Isaiah 9:6). In considering how the barriers and bitter animosity that existed between Jews and Gentiles were removed in Christ’s church, Paul wrote of Jesus in Ephesians 2:14-16:

For He Himself is our peace, who has made both one, and has broken down the middle wall of separation, having abolished in His flesh the enmity, that is, the law of commandments contained in ordinances, so as to create in Himself one new man from the two, thus making peace, and that He might reconcile them both to God in one body through the cross, thereby putting to death the enmity.

The Jews had written revelation of God which contained a law code of holiness. The Gentiles did not have the written law of Moses; thus, the keeping of the ordinances of that written law was the basis for the Jews being different from the Gentiles. When Jesus died on the cross, He abolished the enmity between the Jews and Gentiles by replacing the law of Moses with His offer of salvation, the New Testament, which includes all nations (cf. Col. 2:14; Mt. 28:19).

To reconcile the Jews and Gentiles together would have seemed like an impossibility in the first century, yet it is exactly what Jesus did in His church. The “one body” of Ephesians 2:16 where all are reconciled together to God is the “same body” of Ephesians 3:6 of which both Jews and Gentiles are part according to God’s eternal plan. This body is the church of Christ (Eph. 1:22-23). Jesus did not establish a separate Jewish church and a separate Gentile church; He established one church. When Paul emphasizes the oneness in Christianity that includes one Lord and one God, he begins with the affirmation “there is one body” (Ephesians 4:4-6). One may just as well argue for multiple gods as to argue for multiple churches or bodies. In a world deeply divided by bitter hatred, Christ’s church must exhibit the peace, wholeness, and unity that is in the one, universal church Christ established; the one body into which all saved people have been baptized (1 Cor. 12:13).

Prophecies uttered centuries before Jesus Christ came into the world depict God’s image of peace in the church Jesus established upon His death, not some yet future political rule. Isaiah, who mentioned that Jesus would be called Prince of Peace in 9:6, prophesied of peace in the church in 2:1-4. The Lord’s house/church would be established in the top of the mountains and all nations would be part of it (Isa. 2:2). Isaiah went on to describe the absence of strife in the church, the Lord’s house; thus, the figurative image of instruments of war be refashioned into tools for agricultural cultivation is employed to depict the peace and spiritual prosperity among those who are in the family of God (Isa. 2:4). Jews and Gentiles were bitter rivals; left to their own devices they would get along like wolves and lambs or lions and calves. Isaiah prophesied that in Christ’s church, God’s holy mountain, these enemies would dwell together in peace (Isaiah 11:6-9). In the Lord’s church, I can have peace with people who don’t look like me and have completely different backgrounds than me. I can worship next to them as their brother in Christ because of what Jesus did on the cross. May we see the peace the Lord provides and offer it to those who, according to fleshly standards, are radically different than us, knowing that all of us are really the same; all people from all backgrounds are in need of reconciliation to God in the one body. 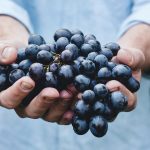 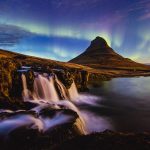 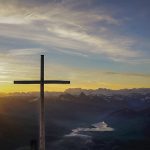