You are here: Home / Archives for Featured

Pilate asked Jesus, “Are You the King of the Jews?” (John 18:33). The way Jesus is king was alien to Pilate’s concern over kingship; it was even alien to what the Jews who brought Jesus to Pilate had in their minds regarding a king. Thus, Jesus could not simply answer “yes” or “no” to this question, but instead asked, “Are you speaking for yourself about this, or did others tell you this concerning Me?” (John 18:34).

The Jews thought of a king in the sense of the Davidic dynasty. David ruled in the golden years of Israel’s history when their wealth was immense and their influence over the world stage was far-reaching. Since the deportation into Babylon, no one in the lineage of David had ruled as king over the Jews. Unlike today, there were still complete genealogical records in the days of Jesus where one’s lineage could be traced back to David (cf. Matthew 1:1-17). However, the political landscape in Judea was different when Jesus was on earth than when His physical forefathers reigned. For centuries the Jews had been subjugated under foreign powers. Rome was ruling then. The reason Jesus was brought to Pilate was that capital punishment could only take place under Roman sanction. The Jews looked for a time when Messiah, the anointed king, also called Christ would come. Isaiah 9:6-7 is one of the scriptures that pointed toward this king. While Jesus fulfilled the prophecies of the Messiah, He did not fit the mold Judaism had constructed for their coming king. Of course, Pilate knew nothing of the Messiah. He asked Jesus, ““Am I a Jew? Your own nation and the chief priests have delivered You to me. What have You done?” (John 18:35). Pilate wanted to know why Jesus had made these people so angry as to be dead set on crucifying Him.

Pilate’s idea of a Jewish king would immediately be perceived as a threat to Caesar’s authority. Pilate likely knew from history of uprisings by the Jewish people to overthrow their Gentile rulers. The Maccabean Revolt was one such time when some Jews engaged in guerrilla warfare tactics to rebel against the Seleucid empire and recapture Jerusalem. The Jews used this fear of uprising to ensure that Jesus would be crucified. Later when Pilate wanted to release Jesus, they said, “If you let this Man go, you are not Caesar’s friend. Whoever makes himself a king speaks against Caesar” (John 19:12). Jesus, however, was not a rival king to Caesar in the sense of an earthly, military campaign. To Pilate He replied, “My kingdom is not of this world. If My kingdom were of this world, My servants would fight, so that I should not be delivered to the Jews; but now My kingdom is not from here” (John 18:36).

When Pilate asked Jesus again if He was a king Jesus showed the nature of His kingship, saying, “You say rightly that I am a king. For this cause I was born, and for this cause I have come into the world, that I should bear witness to the truth. Everyone who is of the truth hears My voice” (John 18:37). God is king in the sense that He created all of us and is the rightful center of the universe. When people sin, however, they put themselves on the throne as the center of the universe. Many today act as if God should serve them, and if He doesn’t they will find a new god. Jesus is God’s Son. This truth was rejected by those who brought Him to be crucified. Nevertheless, He is king in the sense of the truth of the Gospel breaking through and reigning in the hearts of those who respond to Him in obedience. Thus, the kingdom of Jesus is not observable with the physical eye, but rather is in the hearts of those who believe and practice the truth (Luke 17:20-21). Does Jesus reign in your heart? Is He king of your life?

Join us at the Flatwoods church of Christ for a Gospel meeting with Allen Webster. The Gospel meeting starts October 17th and runs through Thursday the 21st.
Allen preaches the gospel in Jacksonville, Alabama, and is the editor of House to House Heart to Heart. He’s also a director for Polishing the Pulpit.

Some Things You Need to Know Before You Leave Planet Earth 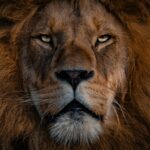 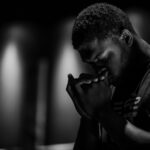 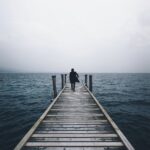