In January 1973, the Supreme Court of the United States ruled in favor of Norma McCorvey, known by the legal pseudonym “Jane Roe.” This ruling was regarding a woman’s right to terminate an unwanted pregnancy, effectively legalizing abortion in the United States. In 1992, another case was heard before the Supreme Court (Planned Parenthood v. Casey), in which Roe was upheld and modified to remove the strict scrutiny standard of review that was required for an abortion at that time. The new standard deemed unconstitutional any abortion restrictions that were deemed to be enacted for the purpose or effect of placing a substantial obstacle in the path of a woman seeking an abortion of a nonviable fetus. In the past decade, abortion has continued to be a topic of militant debate, and on May 2, 2022, Politico obtained a  leaked draft majority opinion of the Supreme Court that would effectively overturn Roe and Casey. There are many in our nation who are on the verge of rioting over such a possibility. “The rights of a woman’s body are being threatened,” they claim. The ever-present cry of “my body, my choice” can be heard far and wide. Generally speaking, those considered to be “conservative Christians” have historically opposed abortion. However, we must be reminded of the fact that sinful culture is constantly attempting to infiltrate the Body of Christ, and the issue of abortion is no exception.

The Christian must ask a few key questions in approaching the issue of abortion. We must analyze statements made by society and test them against the scriptures. Is abortion a God-approved practice, or is it sin? And why? To be able to answer these questions we must first be able to define what the issue is. Society uses terms such as “terminate” and “fetus,” and it all sounds very medical and scientific. However, we must be able to see through these euphemisms to the truth that the phrase “terminate a fetus” simply means “kill a preborn baby.” Using clear and plain language will help us reach the answer to the abortion question. Next, we must understand when human life begins based on God’s standard. The Bible is not ambiguous in this point. Zech. 12:1b says, “[The Lord] forms the spirit of man within him,” thus God is the giver of life and life is sacred due to that fact. But when does human life begin? Ecc. 11:5, Job 10:11-12, and Psalm 139:13-16 all indicate that pre-born activity and growth (fetal development) are works of God, and they are works performed by God on people. Jer. 1:4-5, Isa. 49:1, and Gal. 1:15 all describe God having called these writers to their purpose from the womb, showing God treating them as people. These writers made no distinction in language between a pre-born clump of cells and a human being after birth, thus they are one and the same thing. The list goes on, and I invite you to investigate further on your own. The Bible is quite clear.

Ultimately, the pro-abortion argument has shifted. The question is no longer “Is this a human life?” but rather, “Am I obligated to carry this human life?” This shift in argumentation shows a much more sinister and sinful worldview. Ultimately, the motive of the pro-choice/pro-abortion perspective is simple: sex without consequences. The façade of asking questions from a medical/scientific perspective has fallen. Uninhibited sexual activity is the goal. It doesn’t matter if the cost is the murder of the most defenseless of society because, to the abortionist, cheap sex is worth it. I know many reading this already oppose abortion, but there are a number among the Lord’s church who still choose to support it despite the fact that it is murder and murder is sin. Please stand strong in God’s word, defend the helpless, uphold justice, and seek to glorify our Creator in all. 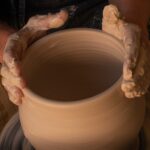 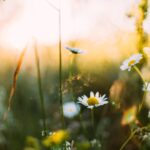 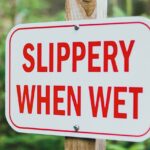