You are here: Home / Media / Articles / Respect in God’s Family

Respect is important. God emphasizes having proper respect for others throughout the Scriptures. The Lord wants His church to have a respectful attitude toward Him and one another. While Timothy was at Ephesus (1 Tim. 1:3), Paul—instructing him on the proper esteem he should have toward various people in the church—wrote, “Do not rebuke an older man, but exhort him as a father, younger men as brothers, older women as mothers, younger women as sisters, with all purity” (1 Tim. 5:1-2).

The Greek word for “older man” is presbuteros rendered “elder” in the KJV and ASV. Paul did use this term on occasion in a technical sense of one in the office/work of an overseer (in Titus 1, compare verse 5 with verse 7). However, the context in 1 Timothy 5:1 shows Paul is using the word in a general sense of an older man as is reflected in the NKJV, NASB, and ESV. As Jackson notes, “It is clear in this case that ‘elder’ means an older man and not a bishop, as evidenced by the descriptive, ‘elder women,’ in the following verse.”[1]

A younger person is to show an older person respect. An older person may look down upon someone simply because of their youth (1 Tim. 4:12). While this is not fair, the inspired instruction to overcoming this contempt for youth is not sharply criticizing older people, but rather setting the right example. Timothy was a younger man. If he was in his teens when he joined Paul on the second missionary journey in AD 49 (Acts 16:1-3), then he would have been around thirty years of age when Paul wrote 1 Timothy in AD 64/65.  Perhaps he was a little older than this, but nonetheless he had to impart spiritual instruction to those who were older than him. Some were old enough to be his father or mother. How was he to approach this?

As Roper notes, “Just growing old does not guarantee that a person has grown spiritually. Sometimes even older people need correction. There is, however, a right way and a wrong way to correct another Christian.”[2] In correcting an older man, Timothy was not to sharply rebuke him in the sense of assaulting him or giving him a verbal pounding. The word epiplesso rendered “rebuke” here carries the sense of to “strike at” someone.[3] It connotes a certain harshness that should not be part of Timothy’s approach. It is a different word than elegcho rendered “rebuke” in 1 Timothy 5:20, Titus 1:13, and 2:15 and “reprove” in 2 Timothy 4:2.[4] It is different from the word epitimao rendered “rebuke” in 2 Timothy 4:2 to describe preaching.[5] In correcting him, Timothy was to exhort an older man as he would a father. This appeal would include kindness and respect. This command to exhort (rather than striking at) is the operative verb in the entire sentence of 1 Timothy 5:1-2; thus, it includes not only older men, but extends to all groups mentioned—younger men, older women, and younger women. 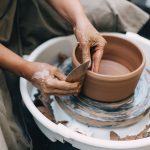 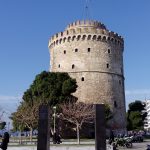