To those who seem to know only one verse from the Bible—”Judge not, that ye be not judged” (Matthew 7:1)—we often respond with another command from the lips of Jesus: “Judge not according to the appearance, but judge righteous judgment” (John 7:24). It is clear that Jesus was forbidding hypocritical judgment in Matthew 7, the type of judging where a man with a beam in his eye tries to take a speck out of his brother’s eye (Matthew 7:3-5). Jesus is not saying one cannot exercise moral discernment, or even identify that certain people are like dogs and hogs (Matthew 7:6). Furthermore, one must inspect the fruit of false teachers in order to beware of them and avoid following them to destruction (Matthew 7:12-20).

However, what is the context of John 7:24? If Matthew 7:1 can be quoted out of context, we must make sure we understand the context of John 7:24. Hearing the teaching of Jesus, the Jews were astonished at His mastery of the Scriptures since He had not been trained in the rabbinical schools (v. 15). In order to show that He was not drawing His teaching from man-made tradition, nor originating it Himself, Jesus replied, “My doctrine is not mine, but his that sent me” (v. 16). Jesus then showed that citing the pedantic debates of past rabbis—whose egos were wrapped up in their teaching—was not the key to knowing God’s will, but rather having a sincere desire to do His will. He said, “If any man will do his will, he shall know of the doctrine, whether it be of God, or whether I speak of myself. He that speaketh of himself seeketh his own glory: but he that seeketh his glory that sent him, the same is true, and no unrighteousness is in him” (vv. 17-18). Jesus selflessly came to speak the words the Father gave Him to save people, yet the religious leaders at the feast in John 7—who had the law, but did not keep the law—sought to kill Him because He threatened their self-importance: their control of the people who looked to them for guidance (v. 19; cf. 11:48).

To make His point, Jesus presented one miraculous work He had done that caused people to marvel that He would do such on the Sabbath (v. 21). Jesus flouted rabbinical tradition and accepted norms of Sabbath observance in John 5 by healing a man who had been lame for thirty-eight years and telling him to take up his pallet and walk on the Sabbath. God’s law had required a holy rest from one’s normal work during the week in order to focus on the Lord on the seventh day (Ex. 20:8-11), yet many policies had been developed by rabbis over the years concerning what was and was not breaking the Sabbath. In their zealous reaction to Jewish assimilation of Greek culture, the Jewish leaders had attempted to make a fence around the law by forbidding what God had not banned. What they ended up doing was making a fence through the law because their traditions — which had become to many people more binding and important than God’s law—set up false criteria for who was and who was not following God. By their criteria, Jesus was a sinner and they were virtuous, yet in reality they were seeking to kill Jesus and He never sinned but always pleased the Father (Jn. 8:29, 46). Jesus showed that even these religious leaders recognized that the law requiring circumcision of a male baby on the eighth day (Lev. 12:3) meant that it should be carried out even if that eighth day fell on the Sabbath; this is why even though circumcision had been around before Moses (Gen. 17), God had Moses command it to give a precedent for certain vital activities, (such as the healing Jesus had engaged in), on the Sabbath (Jn. 7:22; cf. Lk . 13:14-15). If they could perform surgery on one member of the body on the Sabbath to fulfill a positive law, then certainly Jesus could heal an entire body to fulfill God’s will in showing mercy (John 7:23).

Thus, John 7:24, while commanding righteous judgment, reprimands judgment “according to appearance,” which, according to the context, is superficial judgment of religious people who set up false criteria for who is pleasing to God. This is still common today among religious people who want to maintain their self-righteous status, instead of humbling themselves to truly do the will of God and give Him glory. So remember John 7:17-18 before you quote John 7:24 to someone. 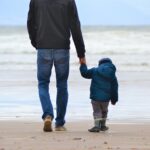 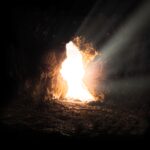 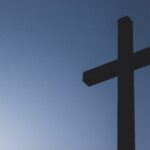