You are here: Home / Media / Articles / Finishing Up the Phoenicians

Last month we discussed the archaeological evidence present on the islands of Cyprus and Crete that point to Phoenician colonization and trade. This article will examine the farthest reaches of the Mediterranean world and show that Phoenicians were settling and trading in areas as far away as North Africa, Sardinia, and Spain. The city-states that made up the Phoenicians were vital to trade in the ancient world, notice the many nations God mentioned that were trade partners with them (Ez. 27:3-25). This was not a small trade network, but a vast and intricate web that spun throughout the Mediterranean.

One of the most famous Phoenician colonies was Carthage. Tyrian colonists settled Carthage around 800 B.C., but the Phoenicians may have been traveling to this region earlier, due to cattle bones found that predate the founding of the city. The similarities between the Phoenicians and Carthaginians are overwhelming. Both the Phoenicians and Carthaginians worshipped Baal and the other Canaanite deities (1 Kgs. 16:31). The most extraordinary connection is that archaeology has unearthed strange religious structures that many believe to be Tophets, which were altars used to sacrifice children. The Bible describes these objects, but none have been found in Palestine (2 Kgs. 23:10; Jer. 7:31). The Tophets at Carthage housed several pots that contained the burnt bones of different children. After the Phoenician city-states fell to Nebuchadnezzar, Carthage became its own entity. It stood as a world power until the Romans destroyed Carthage after the Punic Wars.

Sardinia is a large island to the West of Italy. On this island an artifact was unearthed called the Nora Stone. This stone is an ancient stele dated to the 9th-8th century B.C. and is the oldest Phoenician inscription found on Sardinia. The dating is accurate because the style and letters used is similar to other stele’s found in Palestine that date to this period. The message of the stele is still unknown, but the majority of the text has been deciphered. The two leading theories for its purpose is that it was a memorial to a Phoenician conquest or commemoration for a temple to a Phoenician god. What is bizarre with this stone is that within its text it mentioned Tarshish, which the Bible mentions several times as well (Ez. 27:12, 25; Jon. 1:1-3). In fact, Solomon sent ships to Tarshish with Hiram king of Tyre every 3 years to trade (2 Chr. 9:21). When God destroyed Tyre and Sidon, Tarshish would lament because it had gained much wealth from Phoenician trade (Is. 23). Was Sardinia close to the Biblical Tarshish?

West of Sardinia is southern Spain and archaeologists have discovered that the Phoenicians were in fact trading here as early as the 9th century B.C. Phoenician colonies were set up near the Straits of Gibraltar, Ibiza, and other locations and were like factories used to work and store minerals exploited from the region. Not only did the Phoenicians inhabit this area, but they also traded with the indigenous people. Sites such as Sant-Jaume and Aldovesta are testaments to how Phoenician trade shaped Spanish culture. A 36-piece tableware set used for feasting was found at Sant-Jaume. The majority of the cups and vessels in this set were Phoenician in origin, signifying that the locals quickly incorporated Phoenician goods into their own. Also, evidence of a Middle-East practice of spicing wine with honey has been found, which was not present in Spain until Phoenician trade was established. The question that has baffled scholars for decades is did the Phoenicians go farther than Spain? Philip Beale, a British naval adventurer, recently built and sailed a replica Phoenician ship from Tunisia (Carthage) to the Dominican Republic. What this expedition proved is that the ancient Phoenicians could travel across the open seas and may have been the first to cross the Atlantic Ocean. 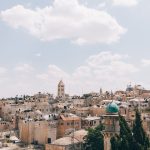 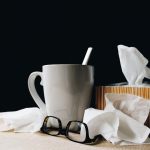 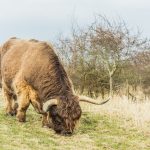