You are here: Home / Media / Articles / Endeavoring to Keep Unity

As Jesus was preparing to die on the cross and leave His disciples, He prayed to His Father (Jn. 17). He prayed that the apostles would be one (Jn. 17:11), and those who would believe on Him and become His disciples through the words of the apostles would be one (Jn. 17:21-23). Jesus’ prayer is that unity may exist between His disciples akin to the unity that exists between Him and the Father. Jesus did not pray that His disciples would eventually become one, but “that they all may be one” (present tense). A continual oneness is Jesus’ prayer. The Father and the Son are continually one by their nature (deity) and purpose. Christians are to continually be one because of shared faith and relationship to the Father and the Son.

Christians have one resolve, one goal; they have a unity of affections. The unity Jesus prayed for goes beyond mere outward organizational forms such as calling ourselves by the same name. Jesus wants Christians to have oneness of emotion in rejoicing and weeping together (Rom. 12:15 cf. 1 Cor. 12:26). We are to have one mind (Phil. 2:2). We share the same will—to do the will of the Father in heaven—and the same aim: to go to heaven (Mt. 7:21; cf. Phil. 3:15-20).

After Jesus prayed this prayer for unity, He did what was necessary to lead to its fulfillment. Jesus’ prayer was accompanied by action. He died on the cross to demolish the barriers between Jews and Gentiles and reconcile them to God in the one body, His church (Eph. 2:14-17). He left the apostles, but sent the Spirit who came and guided them into all truth (Jn. 16:7-15). Through the Spirit, Christ gave miraculous gifts to men to reveal His will through the books of the New Testament (Eph. 4:7-8). These gifts were given “till we all come to the unity of the faith and of the knowledge of the Son of God, to a perfect man, to the measure of the stature of the fullness of Christ” (Eph. 4:13). Our desire for unity among Christ’s followers must not only be in word, but also must be accompanied by action. By what the Spirit has revealed, we must continually be “endeavoring to keep the unity of the Spirit in the bond of peace” (Eph. 4:3). As Christians, let’s be reminded: “There is one body and one Spirit, just as you were called in one hope of your calling; one Lord, one faith, one baptism; one God and Father of all, who is above all, and through all, and in you all” (Eph. 4:4-6). Let’s be guided by the Spirit’s teaching in the Bible to be conformed to the Lord’s will rather than twisting and distorting the Bible to conform to our will. May this be our continual endeavor. 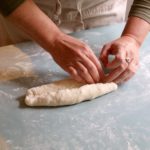 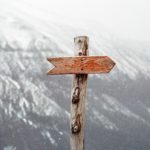 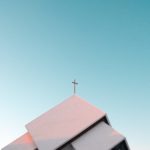