In Acts 9:36-37, Luke records: “Now there was at Joppa a certain disciple named Tabitha, which by interpretation is called Dorcas: this woman was full of good works and almsdeeds which she did. And it came to pass in those days, that she was sick, and died: whom when they had washed, they laid her in an upper chamber.” Dorcas is described as a woman full of doing good for others and expending her energy in acts of charity. There are women like this in the church who silently go about helping others. They are not up front, but they are helping. They are unsung heroes that further the work of the Lord by their labors.


Acts 9:37 says of Dorcas, “she was sick, and died.” We are not told the nature of the sickness nor what caused it. One wonders if she was like Epaphroditus who “because for the work of Christ he was nigh unto death, not regarding his life” (Philippians 2:30). Godly women who function as caretakers for others often take years off their own lives because of their toil and yet are focused on the health of others.
While a woman like Dorcas certainly embodied the selflessness of Christ to the extent that all who knew her were confident her death would lead to her eternal reward, they still grieved because she was no longer with them. All the widows stood weeping over her and showed the clothing she made (Acts 9:39). A loved one of ours who dies and is a faithful child of God provides us hope of a reunion but that prospect does not take away all sorrow (1 Thessalonians 4:13-14). “Precious in the sight of the LORD is the death of his saints” (Psalm 116:15). But the departure of saints from this life still leaves those on earth who will miss their presence.
Through Peter the Lord raised up Dorcas and presented her alive to the saints and widows who had mourned her death (Acts 9:40-42). The result of this miracle is recorded in Acts 9:42, “And it was known throughout all Joppa; and many believed in the Lord.” Miracles were worked to produce belief (John 20:30-31). Today, there are many wonderful women like Dorcas who serve others. We are grieved when such individuals die. God has already worked sufficient miracles, including raising the dead, and recorded them in the Bible (Mark 16:16-20; Hebrews 2:3-4). But while miracles have had their time and served their purpose, the hope of a future resurrection is not out of the picture. Writing of the final coming of Christ and the resurrection of the righteous, Paul explained, “For the Lord himself shall descend from heaven with a shout, with the voice of the archangel, and with the trump of God: and the dead in Christ shall rise first: Then we which are alive and remain shall be caught up together with them in the clouds, to meet the Lord in the air: and so shall we ever be with the Lord” (1 Thessalonians 4:16-17). If the Lord returns before our deaths we can be confident that those righteous individuals who have already died will be raised first and meet us and the Lord in the air. If we are living faithfully, we have this glorious expectation of Christ’s return that can occur at any moment.
We are thankful for Christian women like Dorcas. Those who have gone on to their reward we hope to meet again. It is up to us to follow their example as they followed Christ. 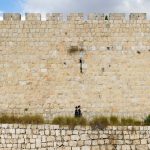 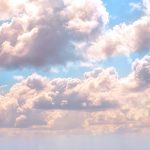 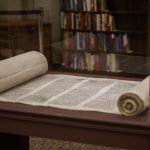