You are here: Home / Media / Articles / Don’t Spoil Your Supper

When John 12 opens, Jesus and his disciples are at Bethany, the hometown of Mary, Martha, and Lazarus, whom Jesus raised from the dead. Jesus is among His favorite people. Earlier in John 11:3, Mary and Martha in sending a message to Jesus refer to Lazarus as “he whom thou lovest.” Jesus, then, is enjoying good company.

Jesus is also enjoying good food. John 12:2 tells us that they made a supper for Him, and Martha served. We know that Martha was meticulous about her serving (Lk. 10:40-41), so this supper would likely be very nice.

Jesus also enjoyed a great gift from Mary. While others ate or served, Mary decided to devote a precious “pound of ointment” to Jesus (John 12:3). The ointment was called spikenard. Spikenard came from a plant called a nard. It was very expensive because it was imported from India, and it had a wonderful fragrance that Solomon praised (Song 1:12; 4:13-14). Thus, Jesus is enjoying good company, good food, and the wonderful aroma of being anointed with this precious ointment.

But leave it to a faultfinder to spoil this supper. It is an odd and aggravating truth that many times instead of enjoying good moments, there comes a faultfinder who cannot enjoy the moment nor allow others to. Judas Iscariot plays this part here. He finds fault with Mary over what he perceives to be poor judgment when he is the one “which should betray him” (John 12:4). Judas accuses Mary of wasting, saying that this ointment could be sold for 300 pence and given to the poor. But the record clarifies that Judas did not care about the poor (John 12:6). This concern for the poor was a smokescreen for his true motive: sinister thievery.

Judas “had the bag,” that is, he was the one responsible for the money bag for the disciples. Though he was treasurer of the little band of disciples, he was a thief and he “bare what was put therein” (John 12:6). “Bare” is from a Greek word with a double meaning, not unlike the English word “lift.” It signifies “to carry,” but it may also mean “to carry away” or pilfer as in the English word “shoplift.” “Bare” means that he repeatedly “lifted” from the bag and that is why he wanted more money in there. Judas was the one with the problem. This avarice eventually grew in his heart until it caused him to betray the Lord for thirty pieces of silver (Mt. 26:15).

Yet, Judas is the one criticizing Mary over a matter of judgment. He wants to tell her what to do in a matter of opinion, when he is wrong in a moral matter. Really, it was up to Mary to decide what she wanted to do with the expensive ointment; however, when somebody is really guilty, that person often is quick to jump on others, criticizing others over minor issues.

Jesus then defends Mary, saying, “Let her alone: against the day of my burying hath she kept this” (John 12:7). Mary did it as an act of respect for Jesus. The disciples, some of whom joined in with Judas in criticizing (Mt. 26:8; Mk. 14:4), would after Jesus’ death want to show respect to Him in a similar fashion as Mary had. Jesus then said, “For the poor always ye have with you; but me ye have not always.” In saying this, Jesus taught that the poor do not suffer because of the lack of money in the hands of others but from lack of love in their hearts. This entire ordeal showed a lack of love in the disciples’ hearts, particularly Judas’. Because he was guilty, he decided to make others feel bad by undue criticism, thus, spoiling this wonderful supper. Don’t spoil your supper. Get guilt out of your heart by repentance and let love in. Instead of looking for a fault in every situation, look for something to praise. 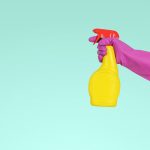 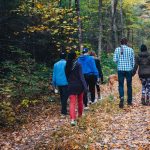 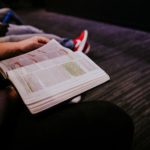