You are here: Home / Media / Articles / Can People Smell Christ on You?

I know what you are thinking, the title does sound a bit odd. Yet, this is how Paul described Christians when he wrote, “Now thanks be to God who always leads us in triumph in Christ, and through us diffuses the fragrance of His knowledge in every place. For we are to God the fragrance of Christ among those who are being saved and among those who are perishing” (2 Cor. 2:14-15). Paul began by referring to a Roman triumph, which were celebratory processions held for conquering generals returning from successful campaigns. The emperor was first, the victorious general second, and then the troops last. As Paul clearly demonstrated; God leads, Christ is the victorious general, and we follow the lead of our commander. Paul called to mind one of these triumphs to illustrate the magnificence of the Gospel’s triumph. I do not doubt that incense was burned at these celebrations, but in my opinion, the mention of a fragrance that is sweet smelling to God is particularly referring to the incense burned in Old Testament worship (Ex.30:34-38). During VBS two years ago, Amber and I decided to replicate the temple as best we could. Attempting to be a perfectionist, I wanted to include some form of incense because that was how it would have been inside the Lord’s Temple (Lk. 1:9-11). Within thirty minutes, the smell was overpowering and it was difficult to see in such a small space. Consider with me these two things, are you following the lead of Christ in His triumph and how overpowering is the aroma you produce in Christ?

One of my favorite ways to explain the book of Revelation to those who are confused with its meaning is simple; God and Jesus are victorious in the end (Rev.17:14-18). A triumph was a spectacular event in Rome where the victory was gloriously celebrated by all parts of society. No one in Rome during the day of a triumph could claim they were unaware there was a triumph occurring. The same is true for God and Christ. Ultimate victory is assured, our aims should be to follow Christ into the victory of eternal life (1 Cor.15:23-28). You have two options, you can either be a part of the triumph by following Christ or you can be a part of the crowd of onlookers wishing they were among the procession. You do not want to be a part of the onlookers when Christ returns. Instead of a reward, you will be told to depart (Matt. 7:21-23). Will you follow the Lord while you still have a chance? There is no doubt that you will wish you had when this life is over (2 Thes. 1:8-10).

Wherever Paul went during his missionary journeys, people noticed him. As the Gospel continued to spread, the apostle began to having a group of zealous Jews follow him desiring to put an end to his preaching (Acts 13:48-52, 14:1-4, 14:19-20, 17:1-15). This forced Paul to travel to Athens, a gentile nation given over to idolatry (Acts 17:16). Even while Paul is tired, frustrated, on the lam, and provoked concerning the idolatry of this city; he is producing an aroma all of Athens could not help but to smell. Paul went to the synagogue, the marketplace, and the Areopagus preaching the message of Jesus Christ (Acts 17:17-21). If Paul’s aroma of Christ could be noticed by half the city of Athens, why can’t it be the noticed in Flatwoods? Can people smell the aroma of Christ on you from across the room like Paul or do you attempt to mask the Lord’s scent because you are ashamed of Him (Matt. 10:32-33)?

The smell of Christ on us pleases God, only if it is spreading. It is not a special perfume or cologne only meant to be worn on Sunday, but every day its odor must be present to those around us. In closing I would like you to ask yourself this question, “How many of my co-workers or classmates know that I am a Christian?” If the answer is only a few, your aroma needs to be refreshened. 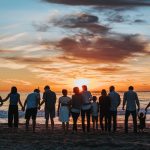 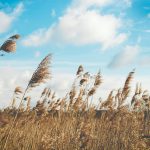 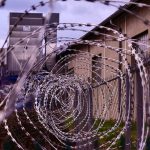