You are here: Home / Archives for peter

Blessed be the God and Father of our Lord Jesus Christ, which according to his abundant mercy hath begotten us again unto a lively hope by the resurrection of Jesus Christ from the dead, To an inheritance incorruptible, and undefiled, and that fadeth not away, reserved in heaven for you, Who are kept by the power of God through faith unto salvation ready to be revealed in the last time. – I Peter 1:3-5 KJV

We read in Galatians 2:11-21 Paul’s account of Peter coming to Antioch. This is the only record we have of the apostle Peter being in Antioch. While Peter was there he would eat with the Gentile Christians, however when “certain came from James” (Jewish brethren), Peter separated himself from the Gentile brethren fearing what they would do and say. He influenced other Jewish Christians, including Barnabas, to also act hypocritically. Paul upon seeing this behavior of Peter “withstood him to the face” because “he stood condemned” (ASV). Paul then proceeds to show how Peter’s actions were sinful, inconsistent, and contrary to the Gospel. We learn from this event:

Paul showed great courage in his correction of Peter and the other brethren regarding their hypocrisy. Paul would have been in the minority in this situation. He finds himself standing alone with even his closest brethren being led astray. He also manifested great courage in having to rebuke a respected brother in Christ. As we consider Paul’s courage we ask, how could he not be courageous, people’s souls were in the balance. Peter stood condemned by his actions as also would be those who followed him into error. The greatest act of cowardice that could have been manifested was to not say something, to remain silent and let precious souls be lost.

Do we remain silent when we should speak out for the truth? Are we concerned enough about people’s soul’s that we will have the courage to correct others in matters religious even when we are in the minority?

Fear can cause us to be influenced negatively. As long as none of Peter’s Jewish brethren were around, he ate and lived with the Gentiles, but when these Jewish brethren came to town, Peter withdrew himself. He was afraid of what they might say or do. Fear causes strange behavior at times. Is it possible that Peter had not changed his views, but, as at the crucifixion, fear of trouble caused him to pull back? Peter acted, not out of conviction, but out of fear. Do we allow fear to dictate our actions when we are among those outside of Christ? Do our Christian views and values change when around others based on the fear of what others may do or say about us?

One’s influence can have great effect on others. Barnabas had been reared on Cyprus among Gentiles. He had helped Paul found many Gentile churches. He had eaten many times with Gentiles. Yet now he too began to treat the Gentiles as second-class citizens of God’s kingdom, unfit for full fellowship with those of Jewish birth. Why did not Paul rebuke Barnabas? He certainly must have talked to him privately later. It may be significant that there is no record that he and Paul ever traveled together again. Paul focused on Peter because he was the leader. Had he not withdrawn from the Gentiles probably none of the others would have withdrawn. Our influence can have a great effect on others as well. We should ask ourselves, “Am I influencing others by my example of standing in the truth of God’s Word? Am I what I need to be, how I need to be, and where I need to be, according as the Bible teaches I am to be?

Public sin requires public correction. Peter and the others failed to live up to the truth of the Gospel in this matter. Their actions were sinful. He withstood Peter in a face-to-face public confrontation. The others are not specifically named as being rebuked, but since they were parties to the error, their actions were likewise denounced. Peter is named as the chief offender since he had greater influence, being an apostle of Christ. The confrontation was public. Paul directed his rebuke to Peter “before them all”. False teachers are to be publicly marked so that the brethren may be warned, Romans 16:17-18. Those who sin are to be identified and rebuked openly, 1 Timothy 5:20. Those withdrawn from are to be marked publicly, 1 Corinthians 5; 2 Thessalonians 3:6, 14-15. In the case of Peter, the sin was public, so the rebuke was public. If it was right for Paul to take such an action, it is right for Christians today to take similar actions in the same or parallel situations. We should ask ourselves, “Do we stand up and defend the truth publicly when public sin is committed?

Brother & sisters let us be courageous in facing error, not fearful, influence others toward God’s Word, and not hide to rebuke sin, but stand fast for the Truth, publicly and lovingly. 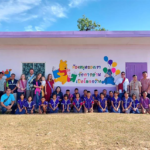 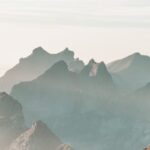 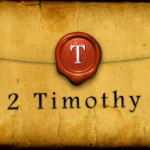